REQUEST A FREE CALL BACK 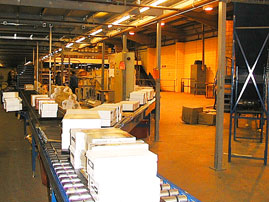 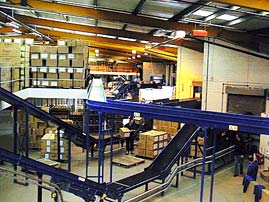 Shoe Zone, formerly Benson Shoe, is a major retailer of footwear with 570 branches throughout the UK selling 30 million pairs of shoes a year, and Midland Handling Equipment Ltd has worked closely with the company providing Belt & Powered Roller Conveyors in the main distribution centre, throughout its carefully planned but rapid expansion over the last few years.

Originally we were asked to service and repair a small conveyor system installed by another company that had ceased trading and this was the start of a firm business relationship and friendship between the two companies.

Shoe Zone import all their stock and the basic brief of the conveyor system is:

Over the last ten years Midland handling have provided thousands of metres of conveyor track and handling products covering three floors in Shoe Zones two massive storage and distribution warehouses and we continue to work closely with the company providing new systems, modifying existing conveyors as the company develops and always providing excellent after sales and service backup.